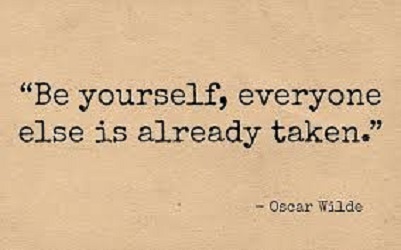 Being authentic is being one’s true self, being genuinely you! Meaning what you say and doing what you say you will do. These traits exercised in a leadership capacity if well-intended, engender a positive culture, in turn improving collaboration and productivity. Intuitively we know this has merit.

On the other hand, a negative culture (often referred to as “toxic”) is more difficult to define. A truly toxic culture would not have a long life – it would be unproductive and make recruitment increasingly difficult.  Negative cultures stem from degrees of poor or disingenuous behavior.

In a thriving, business culture leaders focus on values; the glue that binds corporate activity. The way they treat partners, suppliers and direct reports will imperceptibly cascade to employees who take their cue for dealing with customers and prospects. Such employers seek out those who exhibit such values to be employees.

Mission and value statements create employee expectations and frame client interaction and internal decision making. Successful managers are obsessed with ensuring their values are respected in both thought and deed and taking immediate corrective action when they are not. Leadership authenticity makes this a much easier process as does recruiting like-minded individuals.  Silo assessment processes do not contribute to authentic culture.

Management sets the culture through behavior and the tone for how it will be sustained. This can be an arduous task but completed successfully will produce improved productivity and performance. HR’s role is to work in tandem to monitor and mitigate potential threats to culture through a constant ebb and flow with leadership to sustain the work environment.

Perpetual change means that it is easy for values to be relaxed, for managers to take short cuts; for colleagues to unintentionally act unfairly or to treat someone disrespectfully. When not checked, lapses get repeated and eventually slow productivity. When the workforce is buzzing with how it is being treated it is not working to improve productivity; the unhappier employees become the less is being done. Employees alert to sliding values will begrudgingly come to accept the new normal, no longer feeling able to call it out, or, will take their skills elsewhere.

With multiple generations active in the workforce there is an assumption that different values are at play. Older workers struggle to understand why younger colleagues cannot be directed to complete tasks without being provided with a context for their actions whereas younger ones want to know why older workmates never question directives. Both will have the same commitment in an authentic culture but will need more understanding and communication to live them.

Social media too impacts transparency and authenticity. When digital exchange replaces face to face dialogue there is a tendency for tolerance (of opposing views) and willingness to compromise to be eroded.  Causing offense without concern for repercussion extends beyond Twitter, threatening culture and authentic values.

Badly performing organizations generally exhibit repeated poor behavior and consistent failure to follow authentic values. The organization has become corrupted, hasn’t realized there is hidden opportunity or finds it easier not to seek it.  Employees are still showing up but mentally have already quit.

Think of cultural health as a two-dimensional spectrum; good culture and good performance at one end with poor culture and poor performance at the other and variables of the two in between. Understanding where your organization is on that spectrum is the start to unlocking hidden value.