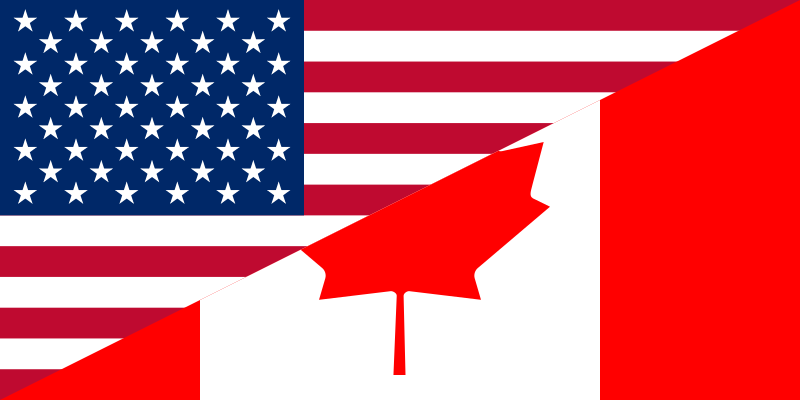 Despite many appealing similarities, many companies and particularly Human Resource practitioners, make the mistake of assuming that employment law, compensation and overall HR practices are going to be the same.

Not adapting policy to the subtle and not so subtle differences, can lead to extensive leadership problems that will compromise the success of international expansion.

For two countries so close in so many ways, it is surprising how different they are in human resource legislation.  Paying attention to the variances will mean the difference between an engaged workforce helping to drive success or one that is rolling its eyes at another American head office that doesn’t understand how things work in Canada.

Differences can be summarised under 3 headings:

There are two levels of legislation in Canada – Federal and Provincial, similar to how U.S. Federal and State law operates.  However, in Canada the separation of authority does not define specific aspects of employment law but rather it is the industry in which the employer is engaged that determines applicable legislation; Federal or Provincial employment

In addition to Federal and Provincial statute law, Canada’s legal structure comprises “Common Law” too (or “Case law”).  As such, not all matters of employment regulation can be assumed to be covered by statute.

A further critical difference is that Canada operates under a regime of “Employment Contract” rather than “At Will Employment”.  Employees in Canada are deemed to be protected by employment contract, even if no formal or written contract exists.

The US is often referred to as a “Melting Pot”, where cultures blend into a cohesive society, and Canada as a “Multicultural Mosaic” where cultural independence can be maintained while still contributing to the Canadian montage.

Canada is generally regarded as having a higher safety net reflected in higher personal income tax rates and more social security benefits than in most U.S. states.

Incentive compensation or “pay-for-performance” in Canada represents a smaller proportion of competitive compensation than is common amongst American employers.  Historically, in Canada variable compensation was provided primarily to senior management but has worked its way down the organization over the years.

Vacation schedules tend to be more generous in Canada.  Most jurisdictions require employers to provide a minimum of 2 weeks vacation with many companies providing more; new hires up to 3 weeks and 5-6 weeks is not uncommon for senior employees. This is in addition to the 10 -12 (depending on the jurisdiction) Statutory Holidays guaranteed under relevant employment legislation.

U.S. maternity leave varies by state and in general, tends to be shorter than the Canadian standard. A Canadian employer is required to provide a job-protected leave of up to one year to the mother or father of a newborn.  Failing to return an employee to their pre-leave job upon return from maternity or parental leave is a breach of Human Rights legislation.

Canadian legislated standards are amongst the highest in the world.  Failure to comply will lead to large penalties and an increase in Workers Compensation premiums paid to the government.  Further, Directors of companies in breach can be found personally liable and fined up to $25,000 or receive up to 12 months imprisonment or both, for failing to comply with Health & Safety regulation.

Like the US, Canada has seen a decline in the Defined Benefit pension plan with employer-sponsored Defined Contribution pension plans taking their place. Canada’s equivalent to the 401(k) is the Registered Retirement Savings Plan (“RRSP”) designed to stimulate individual retirement savings. The amount that can be tax-deferred through a retirement scheme is limited (but indexed to inflation) and in aggregate is less than the tax shelter available in the U.S.

A key decision for any organization expanding into Canada will be whether to recruit locally or transfer key personnel from the US.  Most US companies will tend to have a limited number of US employees in Canada and seek to recruit local talent.  This not only reduces costs (i.e. exposure to higher compensation, tax equalization, and relocation costs) but symbolically signals to the Canadian workforce that the US parent recognizes the differences in doing business in the two countries.

Canada is a potentially lucrative market for American companies. The complex differences in Human Resource Management, however, are a challenge and failure to recognize them will not engage the local employee base with resulting consequences.  Gaining a firm understanding of Canadian labor legislation and competitive practice should be an integral part of expansion due diligence.

« International Benefits – Are you Covered?
BACK TO LIST OF ARTICLES
Reducing the Cost of Employee Benefits »