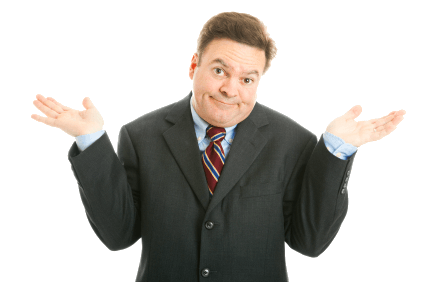 Its budget time and the same pattern is playing out; 2 or 3% for inflation plus 1% for merit and promotion. Low pay inflation keeps the finance team happy but can result in stifled incentives for the workforce. Pay management has become tiresome and your people don’t see it any differently.

Years of minimal movement in pay make business planning easy but have resulted in predictable pay practices that are undermining the hard work that has gone into engagement and are curbing productivity.

The majority of employees today receive an annual pay adjustment approximating the cost-of-living with little difference between top and median performers. The message that this conveys to employees is that management attaches little value to the difference between average and superior performance. Aspiring to a high performance culture and adopting pay practices that do not align is harmful.

A promotion signals increased responsibility but tight budgets tempt managers to use them in lieu of a pay raise. A change in title will cause initial euphoria but results in resentment once this has evaporated. Increases in responsibility should be considered valuable and career advancing by employees and attract a meaningful compensation increase. Practices that do otherwise damage engagement.

You would be forgiven for assuming that bonuses continue to retain the motivational potential that has disappeared from salary management  but bonuses are most commonly tied to achievement of a metric (company, team or individual) and paid annually or sometimes quarterly. In other words payment is deferred meaning that the direct link to and reinforcement of desired behaviors often loses some of its effectiveness.

Gerald E. Ledford, Jr., argues in his book; “The changing landscape of employee rewards:  Observations and prescriptions“ that benchmarking has become the primary method of pay management requiring fewer (or even any) skilled practitioners to implement salary management changes. Reportedly over half the number of positions occupied by reward professionals disappeared in the United States between 2008 and 2013.

While competitive assessment is important it is just one aspect of compensation management and used alone does not help achieve strategic differentiation, in fact it leads to homogeneity and competitors behaving in the same way when they should be differentiating.

Whether you ascribe benchmarking to be the cause or the effect of the malaise in pay, in terms of motivation the result is the same i.e. that in terms of driving behavior, again according to Mr. Ledford, compensation is in danger of becoming strategically irrelevant.

Consultants have also struggled with this challenge. Nothing much new has emerged in the reward arena for a decade and clients have become smart at spotting the relabeling of old ideas. With the increasing reliance on benchmarking the consulting industry has been busy consolidating survey data to the extent that in some markets quality data exists only in a few major consulting houses. Expect survey costs to increase with a requirement that you commit your data to future surveys and yourself to future application or interpretation work from the same consultant as the industry looks to shore up revenues in the absence of the Next Big Thing. This of course is a development that is causing further misplaced importance to be attributed to benchmarking and increasing the costs of conducting it.

Technology is playing its part, putting benchmarking information about where each employee stands versus the market, directly into the hands of decision making managers and automatically determining metrics driven incentives. Discussion and informed decisions based upon interpretation is happening less, reinforcing programmed pay management as the optimum approach.

Mercer’s latest Total Rewards Survey found only one third of respondents believed that their pay and business strategies were fully aligned – an essential component to gaining strategic advantage is differentiating strategy from that of the competition.

Reward practices have become stagnant because of over reliance on market comparison, fewer practitioners developing customized solutions, technology and low inflation.  Which means that an important tool for motivating your workforce has lost much of its effectiveness. Pay has become an expense rather than an investment that pays dividends over time.

So what’s to be done? Our next blog discusses some of the ways that you may overhaul pay management to align with your strategic goals in a low pay inflation world.