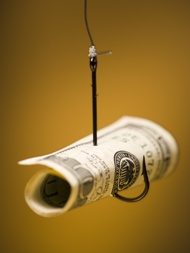 Talent management is increasingly focused on the individual but individuality in compensation is discouraged and perceived as high risk. Consequently a typical pay philosophy irrespective of company size or even industry aims to “attract, retain, motivate” or ARM as it is known. ARM responds to basic need rather than competitive advantage. Even companies with perceived unique approaches to pay remain heavily wedded to ARM principles.

Compensation programs do not attract employees. Being competitive is important but not the determining factor in whether to join a new employer. Similarly, as we know, compensation is rarely the reason that employees leave a company. Compensation policy based solely on ARM will tend to preserve the status quo and not drive continued differentiation. While perhaps adequate for unskilled employees such a policy will become increasingly ineffective as organizations strive to create higher levels of engagement and more productive cultures.  Organizational longevity is dependent upon sustaining innovation and gaining competitive advantage to stay ahead of competitors.

The unfolding changes in workplace values shaped by generational transition, are causing companies to realize that this can only be achieved through engaging their people to pursue company strategy.  Companies wedded to an ARM mentality run the risk of stagnating. Effective compensation is rooted in engagement and flows from an organization’s culture. It will recognise internal factors such as fairness, collaboration, and transparency and give them as much weight in compensation policy as external market benchmarking.

Creation of shareholder value is the primary goal of management who often get to participate in this endeavor through stock related incentives; rewards delivered or affected by stock price. Distribution of equity to insiders dilutes its impact and added to the variable nature of its value (which may or may not be the result of executive performance) do not make it ideal for rewarding executives. For example rewarding the creation of a unique process or product enhancement and then exposing that award to share price movement over a vesting period.

Incentives directly linked to performance are likely to generate greater shareholder value when not affected by extraneous conditions e.g. stock price. A stock award exposed during vesting to the vagaries of the financial markets might not be received as the most effective way of rewarding enhanced shareholder value which may not occur until some years in the future. Compensation programs may extend beyond the typical three-year horizon to encourage sustained performance.

That is not to say that successful risk taking related to value enhancements should not be rewarded but an engagement rooted plan would suggest that this should be directly related to task. Often compensation considerations are detached from corporate strategy and governed independently by compliance and market benchmark considerations.

Greater compensation customization at first glance runs counter to shareholder interest but if strategy calls for continuous innovation to sustain differentiation then that is what should be incentivized. The effectiveness of incentives increases when employees can contribute to the design (as with other HR policies). This may lead to collaborative incentives , where several employees work on a challenge and jointly benefit from its resolution being viewed as more productive, or choice if the organization values individual autonomy.

Executive compensation today is heavily influenced by compliance considerations and shareholder advisory group recommendations. Shareholders take comfort from homogeneity and conforming to group norms but this inevitably looks to the past and ultimately will engender median performance. Pay philosophy structured around engagement and sustainable differentiation may not always comply with contemporary governance expectations but will generate improved gains longer term.

Retention appears before motivate in the ARM acronym perhaps to improve its appeal but may also be affecting inadvertently, priority. Retention by itself does nothing to encourage contribution. Traditionalists would argue that retention awards will motivate behavior but these individuals are already motivated to perform and emphasis should be on encouraging the continuation of that. Attract, Motivate and then Retain describes the objective a litttle better .

Human capital is a competitive advantage and to unlock hidden potential and opportunity consider rethinking the “attract and retain” mindset. Adopt compensation philosophies that are embedded in engagement while continuing to drive shareholder value.